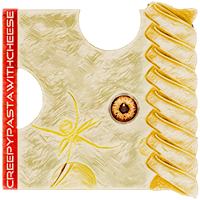 Description synopsis: Did dinosaurs really walk on the surface of the earth millions of years ago and are they still alive today? And were they dinosaurs like T. rex’s that roamed the world? These questions and many more are answered in the new PBS documentary “Prehistoric Planet” which is available on DVD. In this movie there are some amazing discoveries that have been made by paleontologists that seem to confirm the theories that were put forth centuries ago about dinosaurs.

If you are not familiar with the documentary, it will amaze you at the findings and it may even make you think that dinosaurs really did walk the earth. It is very interesting to see the techniques that paleontologists use to excavate a site and then analyze the dinosaur bones that they find. In this film a paleontologist named Stephen Haberle is brought in to verify a dinosaur bone that has been found in the Moroccan desert. The fragment of bone is so clear that it can be seen from only a few inches away. This discovery supports the theory of evolution where transitional species exist between dinosaurs and birds. Also, many of the dinosaur eggs found in the same strata as the egg laying chickens also supports the theory of evolution.

One of the highlights of the film is the talking of Brontosaurus. He is the only known member of the theropod family that has come back from the prehistoric era and stands alongside of chickens. This makes this a very interesting link between dinosaurs and birds. While we do not know how old these dinosaurs actually are, what we do know is that they lived during the Cretaceous geological period and that is when dinosaurs appeared on earth for the first time.